Chair Powell’s comments during the Policy Panel at the Forum reinforced the Federal Reserve’s resolve to address US inflation.

This week, the world’s Central Bankers convened at the ECB Forum on Central Banking on the Portuguese Riviera. Whilst the local tourist board’s website describes the Forum’s location as “within the cooling hills of the Serra de Sintra” all eyes were upon key speeches by Christine Lagarde, Jerome Powell and Andrew Bailey and how they might be guiding markets in their various attempts to “cool inflation”.

Lagarde took Sintra-stage on Tuesday offering a slightly more hawkish view of the evolution of Eurozone monetary policy – she will no doubt be aware that she speaks at the corresponding event to the scene of Mario Draghi’s infamous hawkish pivot in 2017. The ECB is largely pre-committed towards a +25bp rate hike in July and a further hike of at least +25bp in September. Nevertheless, the prospect of Eurozone policy rates reaching 0% has not much arrested the euro’s depreciation towards dollar parity.

Interestingly, the ECB do not (yet) forecast a Eurozone recession, a view common amongst Central Bankers surveilling their domestic economies. But each are relying upon a number of rather optimistic assumptions; the ability of consumers to weather the storm of higher inflation without reining in consumption; the buoying effect of the increased savings ratios seen during the pandemic; and, the continuing tightness of labour markets. Any or all of these assumptions may prove to be false. This risk will be doubly concerning for the ECB as they tackle an additional problem not faced by Chair Powell in the US or Governor Bailey in the UK: the emergence of a second sovereign debt crisis occasioned by a deterioration in bond spreads for the currency bloc’s more fiscally challenged member nations.

The ECB are planning to address sovereign risk once again. Their work on a new “anti-fragmentation instrument” continues, they have bought time but not much else. Italian 10 year spreads have tentatively stabilised at around the +200bp mark but have not yet made sizeable inroads into the widening seen consistently over the past 6 months.

Meanwhile, Chair Powell’s comments during the Policy Panel at the Forum reinforced the Federal Reserve’s resolve to address US inflation. Whilst he acknowledges growth risks, he thinks that the bigger mistake would be a failure to achieve his inflation targets. Notably, he referenced more than once, that a necessary by-product of the lower inflation environment that the Federal Reserve is focused upon, is lower growth. And, in deploying tighter monetary policy to achieve mandated objectives; “[…] the shape of the yield curve is not a ‘top-line’ worry for us”.

Whilst monetary policy tightening across the Eurozone, US and UK continues, it is difficult to predict an end to the present challenging conditions in global investment markets. Not until markets fully discount both this cycle’s peak inflation readings AND the depth of the coming downturn (i.e. the recession that no Central Banker is really forecasting) can we confidently expect to see markets stabilise. Just now, downside risks abound and official growth forecasts are too sanguine. 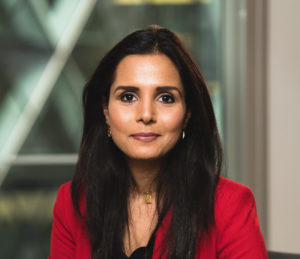