Today’s rate rise demonstrated the Bank of England’s resolve to address the UK burgeoning inflation problem with tighter monetary policy. The Bank raised base rates by 0.5% to 1.75% in a move that was roundly expected by market participants.

The vote was 8-1 with one dissenter voting for a 25bp hike.

There was little surprise in the scale of the base rate hike (Governor Bailey had already heavily signposted the Monetary Policy Committee’s (MPC) intentions in his Mansion House speech last month with his comment “Let me be quite clear, there are no ifs or buts in our commitment to the 2% inflation target”). What will be digested carefully by market participants will be the content of August’s Monetary Policy Report that was also released today.

Cardano’s initial reading of the MPC minutes is that;

Market expectations for further base rate increases – especially for 2023 – had fallen going into the meeting and, acknowledgement by the MPC of a recession beginning in Q4 of this year confirms why this view was justified.

But, looking ahead, the Bank still has plenty of work to do in order to tame UK inflation which, by our expectations, will peak at over 10% later on this year. Although the Bank is accelerating the pace of policy tightening now, they are staying mindful of the consequential damage that higher interest rates could inflict upon the UK economy. UK economic activity is already subject to multiple headwinds.

The gilt market will experience volatility alongside other major bond markets as central banks depart from forward guidance and remain focused on tackling near-term inflation. However, longer-dated gilts are beginning to look relatively more attractive in light of the medium-term outlook and this does provide an opportunity for Pension Fund investors that incorporate government bonds as a defensive asset in their growth portfolios. Some of the uncertainty as to the Bank’s plan to shrink its balance sheet i.e. Quantitative Tightening (QT) has been lifted although it should be noted that, the planned commencement of gilt sales in September might still be deferred if the MPC judge that economic conditions at that time are not right.

Generally, there is a broader context playing out in the way that central banks’ policy stances are changing; the central bank ‘put’ (i.e. the willingness of central banks to cut policy rates in order to support asset prices) continues to come off the table.

In Cardano’s view, relief from the present challenging market conditions still looks a little way off. Not until the full extent of central banks’ tightening cycles, and / or the depth of upcoming recessions becomes apparent, will markets have a clear view of what the future holds. Particularly in focus, and an important factor for UK businesses, will be the degree to which the stabilisation of sterling seen during July can be preserved by the Bank’s policy stance. 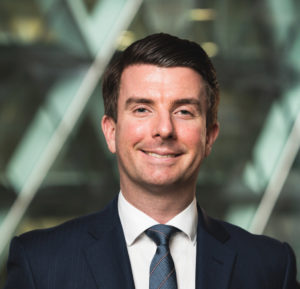