With the transition to a more sustainable economy, the world is changing fast impacting the investments of pension schemes and the strength of their corporate sponsor. At the same time many Defined Benefit pension schemes are considering the endgame solution, putting an end to business as usual. A wide diversity of views is a huge asset at a time of sweeping change, but genuine cognitive diversity does not come easy.

The power of real diversity 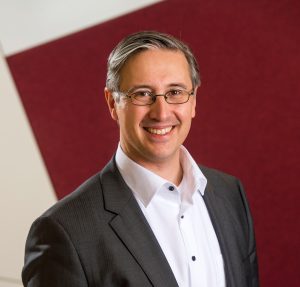 Start-ups are fascinating. Is it not amazing that an odd collection of diverse people operating on a shoestring can beat premium brands filled with pedigree people holding fancy titles and working with seemingly unlimited budgets? Entrepreneurship illustrates the power of real diversity. It’s all about understanding markets and having the guts to try out new avenues as market conditions change. But within large organisations, the old adage ‘be innovative, but not too innovative’ (when challenging the status quo) illustrates just how difficult it is to adapt to change when one is captured by consensus thinking.

To be fair, most of the time the best approach is to focus on marginal improvements in current business processes. In a status quo situation, real diversity is often regarded as a nuisance since it undermines operational efficiency. Not surprisingly perhaps, many executives (or trustees) who have genuinely diverse views often end up either leaving their companies or being asked to leave. But at times of changing business conditions, conformity could be dangerous – simply doing what you already do a bit better might not be enough. This is the point at which real diversity is desperately needed at the decision table.

Ray Dalio said that ‘there is massive untapped potential in disagreement, especially if the disagreement is between two or more thoughtful people’. His point is that we need disagreement between cognitively diverse individuals who have a deep understanding of the issues at hand, but who have reached different conclusions about them.

In order to deal with change, we need the constructive conflicts and disagreements that Dalio talks about, as a means of challenging our current thinking. Bear in mind that real diversity is now more important than ever, since our highly personalised digital echo chambers have only increased our exposure to like-minded individuals.

But diversity doesn’t come easy. In his book ‘Think Again’, Adam Grant argues that we can shake up people’s current views only by holding genuinely opposing views. He argues that people tend to listen if the opposing view is genuine, and not just echoed by someone taking the other side to artificially create a disagreement.

With increasing physical effects of Climate Change the awareness among consumers, politicians and investors has increased and we expect changes to business models and consumption patterns driven by a combination of demand and regulation. Most observers agree that the transition from present to future will be a disruptive change that will have a massive impact on both pension schemes and their providers and advisors.

Faced with consequences of addressing climate change, most of us will need to take big decisions over the next few years – decisions that will have long-term implications. In order to do this, we need real diversity in our internal discussions, in the form of constructive conflicts between genuinely opposing views.

The good news is that we, as an industry, have become more diverse over time. The bad news is that this is not happening fast enough. In other words, when recruiting new trustees or board members, it might be an idea to look for individuals with a reputation for being ‘difficult’ (i.e. because they hold non-conformist views), at least for the next couple of years. It goes without saying that many of these cognitively diverse views are to be found in groups that are currently underrepresented on boards.

Widening the circle is a good idea if it proves difficult to find opposing views internally. This requires more than just inviting an external speaker to the next off-site meeting or running a devil’s advocate exercise. It means making an effort to organise genuinely opposing views and working with external experts who hold diverse views.

Pension scheme trustees should not hesitate to ask their advisors and providers to come up with alternative solutions and half-baked ideas. Another way is to seek inspiration from what has already been done in other industries and regions, bearing in mind that most ideas have already been tested somewhere. True, we learn from our mistakes, but it is cheaper and quicker to learn from other peoples’ mistakes. At a time of disruptive change, inspiration trumps transpiration and real diversity trumps conformity.

We face a couple of years with difficult decisions, but the outcome is a more sustainable world. The good news is that we can all make a difference and that we, as an industry, can help to finance solutions that will last for generations and create a better world for our children. These are truly exciting times. What more could we ask for as industry professionals?