Home Content The impact of Brexit on funding ratios

The impact of Brexit on funding ratios

As the dust starts to settle around Brexit we look at the initial impacts the referendum has had on the health of pension schemes.

The biggest market reactions were in interest rates (i.e. gilt and swap yields) and currencies. The magnitude of moves in these markets were much larger than in equities and credit, though they too experienced significant volatility. The interest rate movements were particularly impactful for pension schemes, with liability values shooting up over a short period of time. Over June, the average increase for Cardano fiduciary management clients was around 11% - with the 24th June being the largest ever one day move. The falling yields in June were a continuation of falling yields over the whole of 2016, with the average liability increase for Cardano fiduciary management clients over the first six months of the year being around 19%.

What does this mean?

The impact of such movements in liabilities for pension schemes is that, unless they were fully hedged (up to the asset value) against interest rate movements, their funding ratios will have gone down. This is especially likely given the uncertainty and volatility in most markets making large gains through investments difficult to achieve.

How can this be avoided in the future?

Cardano generally recommends a high level of hedging for our clients so as to remove the unintended risks associated with liability movements, and so Cardano’s clients’ funding ratios were largely protected against these interest rate movements. Brexit demonstrates the need for pension schemes to manage their assets and liabilities holistically to avoid getting blown off course by unexpected movements in their funding ratios. 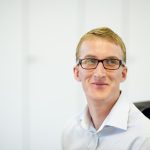 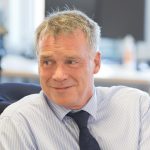