The social and economic implications of inequality are rarely discussed in the context of sustainable investment: that needs to change.

Inequality is a topic not often discussed by sustainable investors – inequality tends to be personal (how much inequality is too much?), political (how do we address inequality?) and difficult to measure. The relationship between inequality, financial returns and fiduciary responsibilities can be unclear. When it comes to investor action, there is substantially less political or regulatory clarity than, say, tackling climate change. And there are few off-the-shelf investment products specifically seeking to address inequality.

The shock of the COVID-19 pandemic has forced a major reassessment of ‘sustainability’ in the very broadest sense. The past 18 months have provided the world with the experience of a truly global crisis, forcing crucial lessons on economic resilience, the importance of robust public health systems and international collaboration.

We argue that it’s time for investors to address inequality in its own right.

We believe, inequality has (at least) 5 major implications for markets:

Over the past 40 years, in major economies, productivity is up, but wages less so. In the UK (and other peer markets), the top 1% has seen their share of national income rise, the bottom 50% seen it fall. The wages of the top 1% have outstripped median wages[1], the top 0.1% more so, and CEOs further still. And across the board, there’s been a race to the bottom in taxes.

In the decade following the financial crisis, quantitative easing has driven major asset price inflation. The Resolution Foundation estimates that between 76% and 93% of financial wealth gains since the crisis have come through the rising value of assets such as housing[2], rather than earned income, and that almost a quarter of all household wealth in the UK is held by the richest 1% of the population.

We’ve also seen a rise of ‘in work’ poverty, where, for a growing number of working people, work does not provide a route out of poor living standards. The Joseph Rowntree Foundation found that, in 2018, 56% of people living in poverty were in a household where at least one person had a job, versus 39% 20 years earlier.[3]

The social divide between rich and poor has been further accentuated by the pandemic, with new frontiers of inequality emerging across the digital economy as well as rising protectionism and unequal vaccine distribution.

Inequality was a problem pre-pandemic, but now it’s worse. With recovery spending, we have a window to fix it. We believe investors can help – and that it’s in their interests to do so.

There are GDP implications of rising inequality. A society that is not using its talent, also known as human capital, effectively will have lower economic growth and productivity.

Japan will need to go even further: in 2019, female participation at 53.3% of Japanese women age 15 and older is still well below 71.4% of men and poor relative to international peers. However prime age participation is now exceeding the US where participation has been decreasing.

Japan managed to move from a situation of outright deflation to more flat inflation and GDP growth was not as anemic relative to the 2000s.

As with gender inequality, if, due to rising levels of inequality, talented individuals are unable to fulfil their economic potential, there will be implications for GDP.

We believe investors can help – and that it’s in their interests to do so.

Rising inequality can lead to populist, and potentially, dangerous political outcomes, with very real financial market consequences. Many attribute the rise in populism across the world to heightened inequality, with populist politics (think of Trump in the US and Bolsonaro in Brazil) playing to the disenchantment of those left behind by offering simple vote winning solutions to complex problems.

As we saw through Trump’s term in office, populist leaders can greatly increase uncertainty in financial markets. The precise effects depend on the policies enacted by these governments. We acknowledge that equity markets were up in response to Trump’s tax cutting and environmentally damaging policies. But the policies were short-term, the environmental policies largely reversed (as they were simply inconsistent with science), but the volatility-effects are costly for longer-term investors, and the structural inequality issues remain.

The last two decades have provided major tailwinds for equity investments: expanding margins with limited cost inflationary pressures; lower tax rates; and lower financing rates as interest rates dropped. All three of these supportive factors are now likely behind us.

The period 2000-2018 represented a period of tax competition with many OECD countries dropping tax rates. Increasingly, there is a global realisation that this is a race to the bottom, driving more concerted efforts to push back against this trend. More recently fiscal deficits due to the Covid 19 spending response by governments have pushed up government debt levels considerably. The pressure will be on to start redressing these debts with increases in taxation a likely response, as just recently illustrated by the UK government’s recently-announced health and social care tax.

An increase in corporate and other taxes could negatively impact stock valuations (just as the stock market responded positively to Trump’s tax cuts). We believe that increased fiscal spending and monetary supply as a response to Covid-19 and climate change will likely lead to increased inflationary pressures. As a result, the low rate tailwinds that have propelled equities for over a decade will also decline.

One of the biggest beneficiaries of low tax is Big Tech. These companies have had massive growth tailwinds, have largely benefited from the pandemic (we’ve ordered more on Amazon, watched more on Netflix and scrolled more on Facebook) and now constitute a massive part of US equities’ market cap.

The behemoth platforms have come under fire from multiple angles amid growing concerns about their impact on society and erosion of privacy, not to mention their international tax affairs.

Despite these companies’ impressive profitability, they pay very little tax in the international jurisdictions in which they operate. We are seeing increasing legislation in the UK and Europe aiming to tackle Big Tech’s international tax position, along with a tidal wave of regulatory and societal pressure to counter the negative social impacts of their business models.

We believe that sustainable businesses able to build a reputation of trust with consumers will likely be winners in the post-pandemic economy.

We believe that sustainable businesses able to build a reputation of trust with consumers will likely be winners in the post-pandemic economy.

The areas in which we believe we can have the greatest direct impact on fairer social outcomes, while earning an economic rate of return, include:

In the UK investment arena, policy makers have already turned their attention to social issues.

This year alone, the DWP has consulted on social risks and opportunities and the EU has set out its plans for a social taxonomy.

The post-pandemic context has created a new level of expectation with regard to inequality – and its implications for markets, including increased scrutiny in terms of taxation, executive pay, treatment of workers (including living wage), approach to inclusion and diversity and so forth.

We believe there is an opportunity to create value by engaging with lagging businesses to improve their standards and social impact – thereby avoiding reputational and investment harm, and perhaps upgrading them into sustainable leaders, driving outperformance as they improve.

Businesses focused on their impact and building a reputation for addressing inequality are likely to gain competitive advantage by; attracting talent and human capital from a younger generation far more attuned to sustainability issues in the broadest sense; and building a customer base who engage and consume based on their alignment of values, as much as on price value.

Social issues – particularly inequality – warrant the attention of investors. The pandemic has drawn into sharp relief inequalities that underpin our society. Climate change will almost certainly make inequality worse. It’s time to start addressing inequality as an issue in its own right. 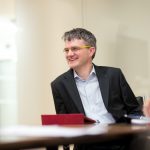